Gainesville, Fla.—In the wake of recent changes to its staffing and reporting structure, University Press of Florida (UPF) hires a new Senior Acquisitions Editor, Sian Hunter. Hunter, formerly editor-at-large for UPF, will continue to acquire monographs and edited collections in history, as well as general interest titles on the culture and history of the state of Florida. With her help, UPF will continue to build on its list of over 2,500 books. Some of the titles Hunter has already acquired, which will see publication in 2013 and beyond, include Freedom’s Pragmatist: Lyndon Johnson and Civil Rights by Sylvia Ellis, Backcountry Lawman: True Stories from a Florida Game Warden by Bob H. Lee, and Snorkeling the Florida Keys by Brad Bertelli.

“I have been delighted with Sian’s work as our editor-at-large, and am so pleased that she is now part of our staff. She has great editorial instincts, and I am looking forward to seeing what projects she will acquire over the coming years,” says Editor-in-Chief Amy Gorelick.

Sian Hunter began her publishing career as an editorial associate at The Mint Museum in Charlotte, NC, and later as an editorial assistant for The New Republic. In 1992, she was hired as an advertising and promotions associate by the University of North Carolina Press (UNCP), where she rose to prominence in a succession of positions. Eventually, as senior acquisitions editor at UNCP, she managed two series, Gender and American Culture series and Cultural Studies of the United States series, and developed its highly regarded social medicine list. From 2000 to 2002, Hunter was the President of Women in Scholarly Publishing. She has appeared on numerous panels at regional and national conferences, including the American Association of University Presses, the American Studies Association, and the Southern Association for Women Historians. Hunter was also a member of Team USA in the triathlon from 2000 to 2005. 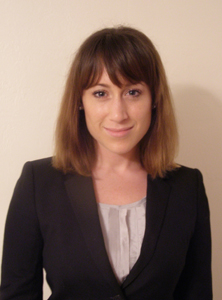 Teal Amthor-Shaffer (M.B.A., MSU 2012) also joins the University Press of Florida staff as its Marketing Manager. She was previously editor of the journals division at Michigan State University Press (MSUP), where she was responsible for the production and marketing of nine journal titles including Journal for the Study of Radicalism, CR: The New Centennial Review, and Red Cedar Review. Prior to joining MSUP, Amthor-Shaffer was a production editor for Wiley-Blackwell Publishing. In 2012, she served as a panel chair at the American Association of University Presses annual meeting in Chicago. As the publicity and promotions specialist for UPF, Amthor-Shaffer will be responsible for building and maintaining relationships with international, national, and regional media, as well as re-imagining the Press’s internet and social media presence.

“Teal, whose enthusiasm and dedication to the university press mission is unsurpassed, proved herself to be a leader and an agent of positive change at MSU Press. Those qualities will certainly be valued at UPF; we welcome her to our team and to the Sunshine State,” says Deputy Director Dennis Lloyd.

Rachel McGahey (M.F.A, UF 2012), a former intern in UPF’s marketing department, has been hired full-time to fill the newly created position of Publicity Assistant. From 2009 to 2012, McGahey was a writing instructor at the University of Florida. She has worked for Subtropics: University of Florida Literary Magazine and Minnemingo Review: Messiah College Student Literary Journal. McGahey is also an accomplished cellist and pianist.

The University Press of Florida, established in 1945, is the consortium publisher of the state university system and produces 90 new books each year. From sowing the newest seeds of scholarship to preserving important voices from the past, UPF is poised to embrace the opportunities of the twenty-first century, helping readers everywhere to discover the world with Florida books.