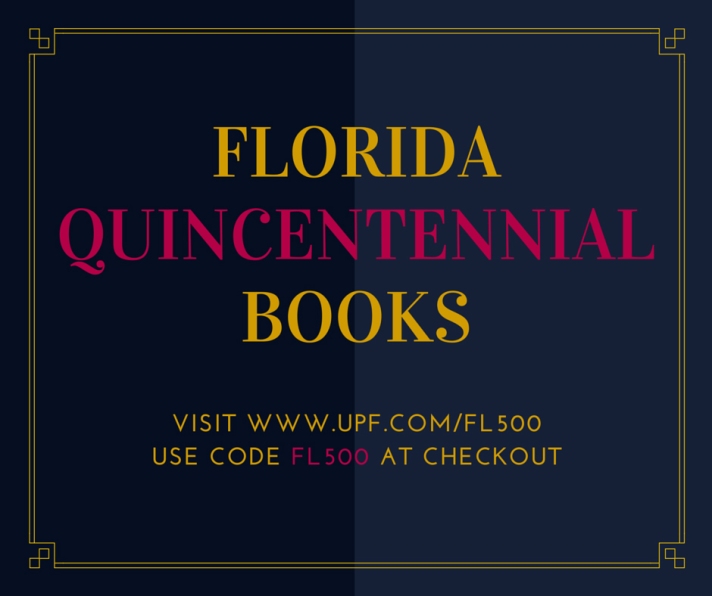 In April 1513, Juan Ponce de León arrived on Florida’s east coast. He led the first European exploration of southern North America and is responsible for naming the peninsula La Florida.
.
While our state’s geologic history is approximately 700 million years old and its material history dates back more than 12,000 years to the American Indians who first lived here, the Spanish arrival in La Florida marked a new era. The peoples and cultures that came together under Florida’s first flag laid the groundwork for what would eventually become the United States. Under the French, British, Confederate, and American flags that followed, Florida became home to many: Protestant Huguenots and Jewish Americans, Black Seminoles and WWII veterans, mermaids and martyrs of the Civil Rights movement.
.
Beginning in 2013, celebrations like Viva Florida 500 have been commemorating the arrival of Ponce de León in La Florida and recognizing the many diverse cultures that comprise our state and impact its rich history. These ceremonies have continued into 2015, the 450th anniversary of the founding of St. Augustine, the oldest continuously occupied European-established city in the continental United States.
.
Joining in the celebration of these significant milestones and honoring the people, places, and unique history of our state, the University Press of Florida is pleased to designate the Florida history and culture titles published in 2013-2015 as Florida Quincentennial Books.
.
View the Florida Quincentennial Books here and celebrate with us. Use code FL500 at checkout for discount prices.

If you haven't seen our Fall/Winter 2021 season, click the link in our bio to check it out! Books in the season will become available throughout the next six months, beginning with PICTURING THE SPACE SHUTTLE (shipping out into the world today!) followed by @craigpittman78's THE STATE YOU'RE IN, @writeranjanettedelgado's HOME IN FLORIDA, and many more amazing books coming soon to a bookshelf near you. Happy reading!
Loading Comments...
%d bloggers like this: