Read highlights from some of the best reviews we received in July!

Jon L. Mills’s recent book, Privacy in the New Media Age, was reviewed in the Florida Bar Journal. They praised the book as “a thought provoking exposition of the common law’s struggle to adapt in an environment of rapid technological change.”

CHOICE said the book “weaves stories of actual cases and case studies into the argument…[that] new laws need to be created to allow for greater privacy for private acts and new remedies need to be created as current remedies are based on old technology and information gathering techniques.”

Sorghum’s Savor continues to impress, with baking website Bakepedia praising author Ronni Lundy in articles that share two of the book’s recipes. Bakepedia states in a post sharing the Gravy Horse recipe that Lundy “takes us on a culinary journey and explores this old-time southern sweetener in depth.” A second post sharing the Sorghum and Bourbon Pecan Pie recipe remarks that Lundy “shows off this amber liquid’s buttery and textual qualities to its best advantage.”

Additionally, Bakepedia interviewed Lundy to discover the inspiration behind using sorghum in so many of her recipes. This interview gives context to Lundy’s love of sorghum, going from her roots in the Appalachian South to her suggestions on the best online resources available to order the sweetener.

An older cookbook, Jane Nickerson’s Florida Cookbook, published in 1985, caught the eye of New York Times food editor Sam Sifton. He remembers author Jane Nickerson serving as the newspaper’s first food editor and urges readers who come across her book to “purchase it immediately.” He also shares her recipe for Strawberry Charlotte. 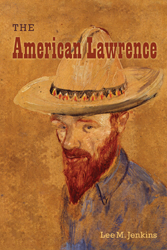 The Review of English Studies called The American Lawrence by Lee M. Jenkins “elegantly and beautifully rendered, with much to engage the reader” and considers the book “an important and timely contribution to debates about Lawrence and spirit of place, and the location(s) of modernism.”

The Irish Journal of American Studies commended The American Lawrence as “an arresting book…both imaginatively and geographically wide-ranging” and noted it as “essential reading for anyone with a serious interest in Lawrence, Anglo-American literary history and the transnational.”

Summer reading lists are coming out left and right, and Cuban Counterpoint saved a spot on its “Top Ten Summer Reads” list for Cuban Revelations by Marc Frank. Cuban Counterpoint chose the book as their “top non-fiction pick” and called it “a well-documented and insightful view of the last twenty-five years in Cuban history.” 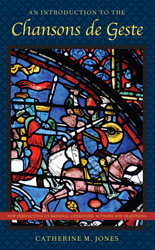 The Medieval Review stated that Catherine M. Jones’s An Introduction to the Chansons de Geste “[achieves] a comfortable balance between providing materials useful to those reading the most commonly-taught texts and gently nudging medievalists away from old favourites.” The review goes on to say Jones’s work is “a highly useful introduction to one of the most important genres.” 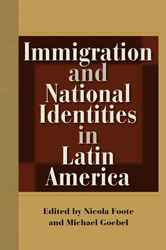 “Magnificent and illuminating…the volume reveals the missing elements in studies of race and mestizaje in Latin America and presents compelling evidence to support the importance of timing in historical processes,” said H-Net in a review of Immigration and National Identities in Latin America edited by Nicola Foote and Michael Goebel. The review goes on to say that “we can now also see the extent to which Latin America has long been a continent on the move, in which displacement and rural-urban migration have, perhaps even as much as immigration from other continents, shaped the histories of peoples, states, and nations.”

Kathryn A. DePalo, author of The Failure of Term Limits in Florida, wrote an op-ed for the Orlando Sentinel. Her piece describes how term limits are being unsuccessful in Florida, a topic extensively covered in her book.

Evan Bennett appeared on an episode of the Southern Labor Studies Association podcast “Working History” to discuss his book When Tobacco Was King: Families, Farm Labor, and Federal Policy in the Piedmont.