Praise for the previous editions:

“Whether on bike, foot, in-line skate, or even horse, this trail book can help you find the paths and know what to expect when you get there, and what you might find along the way.”—Tallahassee Democrat

“Jammed with the info cyclists venturing into the unknown crave. There are simple maps that point out where to park, restrooms, water, crossroads, and ‘watch out’ places where extra caution is required along the routes.”—Gainesville Sun

“Good for those who are far from home and appreciate having few surprises on a grueling bike ride into the backcountry, even on a paved pathway.”—Outdoor Adventure Magazine

“Kunerth took about a year to ride the trails in the book. Sometimes, it was a matter of day trips from Orlando. Other times, he and his wife took long weekends to the Panhandle or South Florida to ride four or five trails.”—Jacksonville Times-Union

“Readers are advised where to find trendy shopping on Miami’s M-Path; where to find a bike rack at the Flagler mansion in Palm Beach (just outside the front gate), and which trail goes by the second largest nudist colony in Florida.”—Florida Bicycle Messenger

The beauty of Florida is the variety of its terrain
and its year-round recreational climate.
—Jeff and Gretchen Kunerth 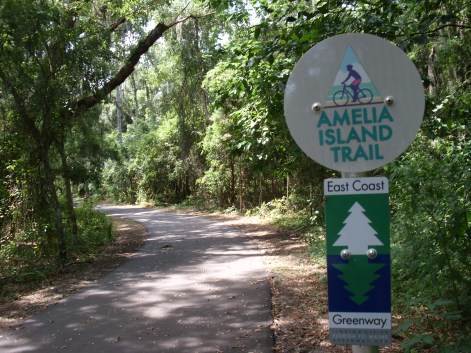 Since the release of the first edition of Florida’s Paved Bike Trails, the Sunshine State has added more than 200 miles of multiuse asphalt and concrete paths. This updated edition of the best-selling guide to bicycling in Florida adds twenty-three new trails to an already impressive roster, offering cyclists—as well as rollerbladers, joggers, and walkers—vital details on over sixty trails across Florida. From where to find parking, water, restrooms, and benches, to how to reach nearby beaches, restaurants, museums, and other attractions, the authors expertly guide readers through Florida’s beautiful terrain.

Jeff Kunerth retired from the Orlando Sentinel after 41 years with the newspaper. He is the coauthor of Georgia Adventures: One-Day and Weekend Getaways. He and his wife, Gretchen, have together bicycled thousands of miles in Florida and Georgia since the early 1980s.