This month we’re celebrating amazing women in history. Want to be inspired by stories of women who made a big impact on the natural environment, the arts, literature, culture, and civil rights history in Florida and beyond? Here are eight great reads for Women’s History Month!

In this uplifting memoir, Lee Wilson describes how she grand jetéd from the stifling suburbia of the 1950s, a world of rigid gender roles, to the only domain where women and men were equally paid and equally respected—in grand, historic dance theaters and under the bright lights of the Broadway stage. 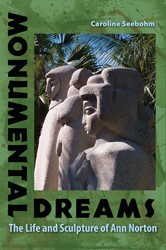 This book tells the inspiring story of how Ann Norton—a child of the South who embraced the cosmopolitan world of New York City and beyond—paved her own way to become an artist and sculptor whose work encapsulates and transcends the modernist movement. 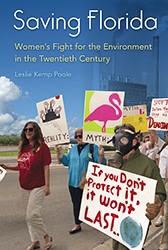 Discover how women’s clubs prompted legislation to establish Florida’s first state park, which became the core of Everglades National Park, in 1916—before women even had the right to vote. These inspiring women set the foundation for this century’s environmental agenda, which came to include the idea of sustainable development. As a collective force they forever changed how others saw women’s roles in society.

Encompassing thirty-eight handwritten volumes, Virginia Woolf’s diary is her lengthiest work—and her last to reach the public. This is the only full-length book to explore deeply this boundary-stretching masterpiece, tracing Woolf’s development as a writer through her first twelve diaries—a fascinating experimental stage, where the earliest hints of Woolf’s pioneering modernist style can be seen. 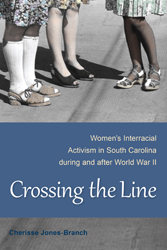 This book explores the early activism of black women in organizations including the NAACP, the South Carolina Progressive Democratic Party, and the South Carolina Federation of Colored Women’s Clubs, as well as the interactions these organizations had with white women’s organizations such as the YWCA and Church Women United. Their agendas often conflicted and their attempts at interracial activism were often futile, but these black and white women had the same goal: to improve black South Carolinians’ access to political and educational institutions.

The Highwaymen—the loosely knit band of African American painters whose edenic Florida landscapes, created with inexpensive materials and sold out of their cars, “shaped the state’s popular image as much as oranges and alligators,” says the New York Times. But lost in the legends surrounding the group is the mesmerizing story of Mary Ann Carroll, the only female “Highwayman.” This is the never-before-told story of a black female artist’s hard-fought journey to provide for her family while also making a name for herself in a man’s world.

Marjorie Harris Carr was one of the most effective leaders of a powerful contingent of citizen activists who opposed dredging a canal across Florida because it threatened an ecologically rich river valley. This book is an intimate look at this remarkable woman who dedicated her life to conserving Florida’s wildlife and wild places. It is also a revelation of how the grassroots battle to save a small but vitally important river in central Florida transformed the modern environmental movement.

This extensive portrayal of Florida’s guiding matriarchs highlights the myriad contributions women have made throughout Florida’s history. From the select few who traveled with Ponce de Leon to the state’s first female mayor Marion H. O’Brien, this book sheds light on the roles these pioneering women played in the shaping of the Sunshine State.

Next week, the Southeastern Archaeological Conference is hosting their annual meeting. You can shop relevant books in our virtual booth with deep discounts and free shipping through December 15. #SEAC2021
Loading Comments...
%d bloggers like this: