Our books are blossoming with praise and positive reviews this spring! Enjoy just a few highlights from this season below.

Saving Florida: Women’s Fight for the Environment in the Twentieth Century

“Makes significant contributions to the broader fields of American history and environmental history by continually placing the actions of Florida women within the context of activists, groups, and events across the country.”—American Historical Review

“Engaging and interesting, Saving Florida fills substantial historical gaps and acknowledges influential, often neglected, environmental voices. . . . It could inspire a new generation of activists who, like those Poole depicts, transformed Florida and the nation.”—Environmental History

“A fascinating glimpse of everyday life in New Orleans in the second and third decades of the nineteenth century.”—Journal of Southern History

“An enjoyable read for spaceflight enthusiasts.”—CHOICE

Going Ape: Florida’s Battles over Evolution in the Classroom

The Archaeology of Smoking and Tobacco

“A well-written and accessible summary of 300 years of tobacco smoking in the Americas from an archaeological perspective. It is filled with numerous interesting examples and is peppered with just enough archaeological theory and method.”—American Anthropologist

“The first study in historical archaeology to broadly interpret tobacco and smoking-related activities along with the clues they give about past societies.”—Anthropology Book Forum

By Brett A. Houk

“A warmly engaging look at a group of scientists and travelers who reached out to experience the wider world and sought to share it with their fellow citizens.” —Agricultural History Society

“Thoroughly documents how [Cuba’s contributions to global health] extend beyond specific interventions to encompass the transfer of technology and the design of new health systems.” —Monthly Review 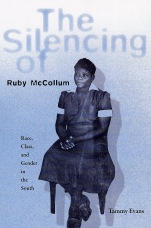 The Silencing of Ruby McCollum: Race, Class, and Gender in the South

“Reveals the powerful memory work accomplished by southerners’ reticence or refusal to speak. . . . [and] demonstrates the rhetorical value of muteness and the scholarly value of looking at public memory as a product not only of stuff but also of absence.”—H-Net Reviews

“A tour de force that locates the unique forms of control and persuasion enacted by southern culture, and their meaning for the writing of history and historical memory alike. . . . A tremendously successful and engaging book.”—Florida Historical Quarterly