Dark and Deep: Encountering the Cold War through Archaeology

Written by Todd A. Hanson, author of The Archaeology of the Cold War

.
It was a late November in St. Paul, Minnesota. Under a snow-dusted suburban backyard, in the darkness of a former Cold War fallout shelter, I stood ankle-deep in ice-cold water. The water was slowly soaking through my hiking boots and wicking its way up my pants legs. Around me the shelter’s cracked, concrete walls were rust-red from fifty years of seeping groundwater. Things made of metal—old beds, chairs, and shelving—were rusting away and everything else that had once been there to sustain life in a nuclear emergency had been removed. With no lighting in the shelter, I had brought the bitter darkness upon myself by intentionally switching off the flashlight I carried. 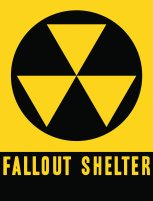 Built to protect people from the dangerous radioactive debris produced by a nuclear explosion, family fallout shelters like the one I visited were built in uncounted numbers across North America in the 1960s. They were meant to be havens for the end of the world. After the shelter’s owner had pulled open the rusted hatch, I’d felt my first tinge of dread. I’d descended the rungs of the shelter’s steel ladder with a growing sense of trepidation but I continued lower, pulled downward by the weight of archaeological curiosity. Hands stained red from the ladder’s steel rungs and with wisps of spider webs stuck to my clothes and hair, I stood imagining what it might have been like had Minnesotans needed to take refuge there fifty years before as fallout rained down and a massive thermonuclear mushroom cloud enveloped the Twin Cities skyline. I stood in the darkness for several minutes, letting the angst gradually rise, hoping to connect with and understand the nuclear fear that had once defined the Cold War.

These kinds of extreme field experiences are somewhat rare in encounters with the archaeology of the Cold War. I generally spend far more of my research time in archives and libraries than in dark bunkers, deeply-buried missile silos, or other Cold War structures. However, it was my visits to these sites, whose monumental proportions can evoke not just feelings of fear but outright awe, that inspired my book, The Archaeology of the Cold War.

For many people, the ruins of Cold War America may be an unexpected topic for archaeological study. But if you believe as I do that archaeology is not limited by time and place and that its goal is to understand material artifacts and their meanings, then the connection is clearer. With “things” as the focus, archaeology gives us a way of learning about the past that other disciplines cannot provide. Although the experiences of Americans during the Cold War decades were recorded in newspapers, magazines, articles, photographs, films, television, official records, and personal diaries, there is another layer to our understanding of these experiences that only comes from the physical remains of the conflict. Concrete evidence of a harrowing experience can be found in the artifacts, sites, and structures that surround us even today: fallout shelters, ICBM (missile) silos, and even the North American interstate highway system. The things I found in that Minnesota fallout shelter gave me a more palpable understanding of the nuclear fear that had once enveloped Americans. That fear, which until that moment I had only read about, suddenly became tangible.

On the far wall of the shelter hung an artifact of that Cold War fear: an air blower intended to draw in fresh outside air for the sheltering occupants. In a final act of archaeological data gathering, I tugged on the device’s handle and after a bit of muscling its crank began to turn. Breaking free after five decades of benign neglect, the blower’s rusted screeching shattered the icy silence. As the squealing of the blower died behind me, I climbed the ladder into the sunlight.

I wrote my book about the archaeology of the Cold War to showcase a range of intriguing and important archaeological sites across North America. Its chapters explore what it’s like to study the Cold War through archaeology and what those archaeological studies can mean to different groups of people. And while not all Cold War sites invoke feelings of fear or awe, our encounters with them help us appreciate more deeply a conflict that was a big part of twentieth-century history. By casting light on obscure historical objects and ruined concrete spaces, the archaeology of the Cold War gives us a material understanding of the past. It helps us figure out just how the accumulation of apocalyptic technologies and perverse manipulation of human lives during the Cold War changed the nature of modern warfare, reshaped the global landscape, and forever altered the course of human history.

Todd A. Hanson, an anthropologist at Los Alamos National Laboratory in New Mexico, is the author of The Archaeology of the Cold War.

Next week, the Southeastern Archaeological Conference is hosting their annual meeting. You can shop relevant books in our virtual booth with deep discounts and free shipping through December 15. #SEAC2021
Loading Comments...
%d bloggers like this: