Handbook of Ceramic Animal Symbols in the Ancient Lesser Antilles

We are proud to announce the latest book in the Florida Museum of Natural History’s Ripley P. Bullen Series, published by the University of Florida Press.

“A true Amerindian bestiary. Illustrates the profound relationship between the Antillean zoomorphic iconology and the ideas, mythic traditions, and ideology behind them.”–Arie Boomert, coauthor of The 1946 and 1953 Yale University Excavations in Trinidad: Vol. #92

The importance of animals as surrogates and signifiers in pre-Columbian art places them at the foundation of symbolic language and visual culture throughout much of the ancient Americas. However, with no comprehensive iconographic study of the ceramics of the Lesser Antilles, it has fallen to archaeologists, anthropologists, historians, linguists, and art historians to independently decipher the many species and symbols.

In Handbook of Ceramic Animal Symbols in the Ancient Lesser Antilles, Lawrence Waldron focuses on th 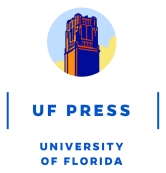 The result is a multidisciplinary reference text that will be invaluable to scholars and students seeking an interpretation of visual culture in the archaeological record.

Lawrence Waldron is instructor of art history and studio art at the City University of New York.

It's #BookGiveaway time! You can win a signed copy of A PUNKHOUSE IN THE DEEP SOUTH by Aaron Cometbus & Scott Satterwhite. Visit the link in our bio to enter before October 31!
Loading Comments...
%d bloggers like this: