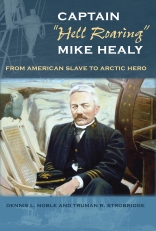 “Engrossing and well-written book. . . . It can be read simply as a tale of Artic adventure, and even more as a story of one family’s mostly successful attempt to free themselves from the constraints of draconian racial laws. Finally, it is also the story of a man who, if he really achieved heroic status, did so not only because of the physical hardships he endured, but also because of the tremendous psychological burden that he had to overcome to succeed in his chosen career.”—International Journal of Maritime History

Captain Michael A. Healy (1839–1904) was born to an African American slave mother and Irish father, who knew all their children must be sent north to escape slavery. His father brought him, at a very young age, to Holy Cross, outside of Boston, but he rebelled against the academic world and ran off to sea at the age of 15. He worked his way up “the hawse pipe,” eventually commanding a U.S. Revenue Cutter ship. Although his racial background was not openly known at the time, he was the first African American to command a U.S. government ship.

Through his service to the U.S. Revenue Cutter Service, Healy arrested lawbreakers, put down mutinies aboard merchant ships, fought the smuggling of illegal liquor and firearms, rescued shipwrecked sailors from a harsh and unforgiving environment, brought medical aid to isolated villages, prevented the wholesale slaughter of marine wildlife, and explored unknown waters and lands. During his career, Captain Healy also faced two trials—for abuse of sailors and for endangering his ship. These trials, and their ultimate outcomes, deepen the mystique of the life of a man whose life encompassed sea adventure and the height of human achievement against all odds.

Dennis L. Noble retired from the U.S. Coast Guard as a senior chief petty officer and is the author of Rescue of the Gale Runner. Truman R. Strobridge’s many positions in the federal government included command historian of the joint-service Alaska Command and also the U.S. Army, Alaska, and he has coauthored two books with Noble.

A volume in the series New Perspectives on Maritime History and Nautical Archaeology edited by James C. Bradford and Gene A. Smith 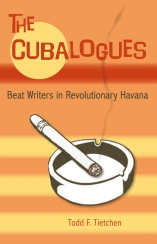 “As an early supporter of the original non-Communist Cuban revolution, I much appreciate this story of the involvement of American beat poets with the Fidelista cause. Dubbed the ‘Cubalogues,’ their interaction with Cuban editors and poets is a unique part of Cuban cultural history, and it needs to be told to an American audience.”—Lawrence Ferlinghetti

“Offers a sweeping perspective that includes freedom of speech, black nationalism, and sexuality and gender politics. . . . A tightly-focused, compelling narrative about the encounter between mid-century American radicals and the intense, blossoming of promise in the political landscape of revolutionary Cuba.”—Journal of Modern Literature

Immediately after the Cuban Revolution, Havana fostered an important transnational intellectual and cultural scene. Later, Castro would strictly impose his vision of Cuban culture on the populace and the United States would bar its citizens from traveling to the island, but for these few fleeting years the Cuban capital was steeped in many liberal and revolutionary ideologies and influences.

Some of the most prominent figures in the Beat Movement, including Allen Ginsberg, Lawrence Ferlinghetti, and Amiri Baraka, were attracted to the new Cuba as a place where people would be racially equal, sexually free, and politically enfranchised. What they experienced had resounding and lasting literary effects both on their work and on the many writers and artists they encountered and fostered.

Todd Tietchen clearly documents the multiple ways in which the Beats engaged with the scene in Havana. He also demonstrates that even in these early years the Beat movement expounded a diverse but identifiable politics.

Todd F. Tietchen is assistant professor of English at the University of Massachusetts, Lowell.