It’s been a busy summer for reviews at UPF! Two new books, Silent Films in St. Augustine and Florida Soul: From Ray Charles to KC and the Sunshine Band were just reviewed in Library Journal:

John Capouya’s Florida Soul “adds a significant entry to the scholarship on soul music. . . . Throughout these profiles, a portrait of how racial segregation and post-Civil Rights Act integration in Florida affected both black and white musicians emerges. . . . Essential.”

Library Journal writes of Silent Films in St. Augustine, “Narrating the vicissitudes of the many film production companies and producers who set up shop in St. Augustine, Graham elucidates a very important part of American moviemaking history.”

As the world celebrated Apollo 11’s 48th Anniversary, Beth O’Leary, coauther with Lisa Westwood and Milford Wayne Donaldson on The Final Mission: Preserving NASA’s Apollo Sites, visited Washington, D.C., to speak about why preserving moon landing sites is important to history. The Las Cruces Sun-News wrote about her work, and the story was picked up by USA Today, ABC News, and dozens of other national media. She was also interviewed about her work by NPR, National Geographic, and the Houston Chronicle.

Thomas Neil Knowles’s Category 5: The 1935 Labor Day Hurricane, is particularly timely now that hurricane season is in full swing. According to Reviews in American History, the book is “an excellent source for historians who wish to place storms such as Katrina within a larger historical sweep and broader analytical context.”

Ted Spitzmiller was featured on C-Span Book TV talking about his new book, The History of Human Space Flight. 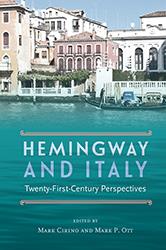 Mark Cirino and Mark P. Ott co-authored an article in the Huffington Post discussing Hemingway’s previously unpublished essays on his love of Italy featured in their book, Hemingway and Italy: Twenty-First Century Perspectives.

Here are even more great reviews:

“A dynamic biography of a remarkable scientific figure. . . . Fans of scientific history and those just looking for a fascinating new read are in for a treat.”—Foreword Reviews

“[A] timeless. . . . entertaining, scholarly look at this historic era in Florida law.”—Tallahassee Democrat

“A pleasure to read. . . . An invitation to a place you haven’t been, but can still glimpse through its pages.”—Journal of Folklore Research 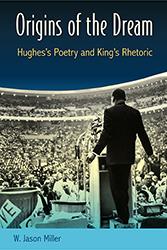 .Origins of the Dream: Hughes’s Poetry and King’s Rhetoric

“Shows how the relationship between King and Hughes is part of a larger tradition in African American rhetoric of community, indirection, and cultural reinvention. . . . Reminds us of how marginalized groups remodel and subvert communication patterns in order to have their voices heard and make them matter in the mainstream.”—American Literary History