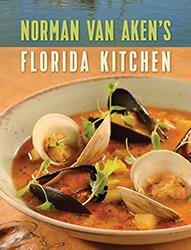 The rich tapestry of Jewish cooking finally reached my born-in-the-farmland-of-Northern-Illinois consciousness in the town of Boca Raton, where many transplanted New Yorkers came to escape the winters but also held fast to many of their delicious culinary traditions. Latkes don’t have to only accompany applesauce. They are brilliant canapé holders for many ingredients. My very favorite two New Yorkers of all time (my mother and grandmother) taught me to appreciate them with caviar. Every chance I get, I honor their custom.

LATKES WITH CAVIAR AND SOUR CREAM 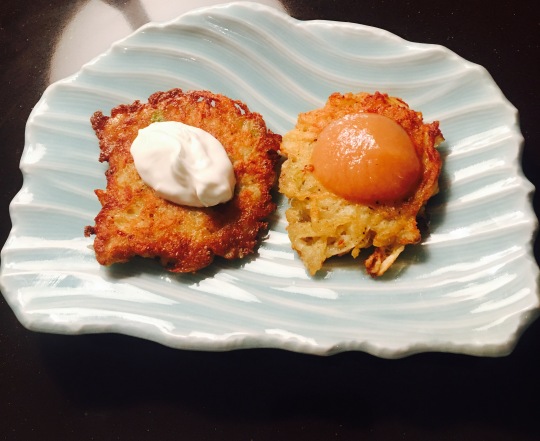 Shred the potato and onion on the large holes of a box grater into a large bowl.

Toss the shredded onion and potato mix to “season” the potatoes with the onion “juices.”

Mix the eggs, breadcrumbs, salt, baking powder, black pepper, scallions and roasted garlic all together in a bowl. Now pour that egg mix over the potato and onion combination and toss to balance out the ingredients evenly.

Heat a heavy sauté pan. Add in the oil and allow it to come up about 1/8 inch. When the oil is fairly hot form a loose ‘cake’ with the mixture. Carefully drop the cake down in the hot oil and continue to make more cakes. Cook the cakes about 1 1/2–2 minutes per side, allowing them to become crispy and golden. Remove them to absorbent toweling. Cook all of the latke cakes until done and sitting on the toweling.

When ready to serve, put them in the preheated oven for about 2-3 minutes to heat through.

Place sour cream on each latke. Top with the best caviar the budget will allow. Serve. 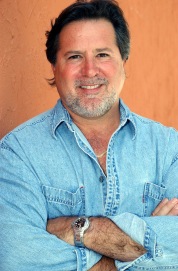