We are celebrating lots of praise for our books and authors this summer! Here are a few recent highlights: 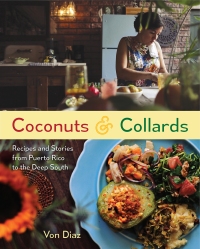 Von Diaz’s Coconuts and Collards: Recipes and Stories from Puerto Rico to the Deep South continues to make waves. Diaz was recently profiled in the New York Times Magazine, and her book has also appeared in Southern Living, Cherry Bombe, and Food and Wine.

More praise for Coconuts and Collards:

“Part cookbook, part memoir, [Coconuts and Collards] shares recipes from author Von Diaz’s heritage, as well as memories of growing up in Puerto Rico and the American South.”—New York Magazine

“Put[s] a modern spin on Puerto Rican cooking theory. Diaz may not be a trained chef or have a direct connection to a restaurant, but she has the voice to bring American-Puerto Rican cookery, as it exists today, into a broader consciousness.”—Eater

“Coconuts and Collards is more than a cookbook, it is a memoir and also love letter to the place and people that have nurtured Díaz’s palate and passion for life. It is a story of discovery and self realization that uplifts through food—both the familiar and creative re-imaginings of it.”—Centro Voices, Hunter College, CUNY 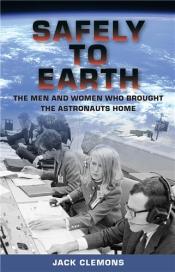 Jack Clemons’s forthcoming memoir, Safely to Earth: The Men and Women Who Brought the Astronauts Home, was recently reviewed in Publishers Weekly: “The details Clemons provides are what make the book so memorable. . . . The main story is economically and briskly told, bolstered by a thoughtful, helpful appendix, as well as a collection of direct questions (“Did Apollo 10 Almost Crash into the Moon?”) and frank answers.” 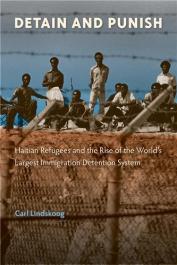 Carl Lindskoog, author of the forthcoming Detain and Punish: Haitian Refugees and the Rise of the World’s Largest Immigration Detention System, wrote two editorials for the Washington Post on the history behind U.S. treatment of immigrant children and refugees:

“How the Haitian refugee crisis led to the indefinite detention of immigrants”
“Mistreating refugee children is, sadly, all too American” 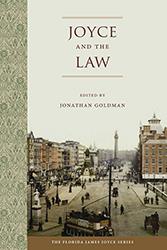 The New York Times profiled Jonathan Goldman, editor of Joyce and the Law, in its “Sunday Routine” series: “[Goldman] happens to be an internationally recognized expert on James Joyce. But that’s just his day job. By night, Mr. Goldman is the bandleader for the Latin soul and boogaloo group Spanglish Fly.”

The New York Times also mentioned Bill DeYoung’s Phil Gernhard, Record Man in an opinion piece on the origins of the song “Abraham, Martin and John.” Written 50 years ago after Robert F. Kennedy’s assassination, this was just one of the songs producer Phil Gernhard helped become a hit.

On NPR‘s Here & Now, Edward González-Tennant, author of The Rosewood Massacre: An Archaeology and History of Intersectional Violence, connected the forgotten history of Rosewood, Florida, with ongoing racial violence in the U.S. today: “There’s multiple ways we can attach a tragic event like this in the past with unfortunately America’s ongoing difficulty to deal with difference in the present.” 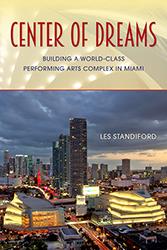 “A comprehensive look at just how the avant-garde building sprung up in the heart of a politically fragmented city.”—Miami Herald

Son of Real Florida: Stories from My Life
By Jeff Klinkenberg

“Whether Jeff is eating Key lime pie or reminiscing about Joe’s Stone Crab in Miami Beach, he tells it as it was and in many cases, still is.”—Tampa Bay Magazine

Osumare, who spoke about her book Dancing in Blackness: A Memoir. Osumare has just concluded a three-month book tour, traveling from California to New York to Barbados to read from her book and share her experiences as a professional dancer who participated in defining moments in the story of black dance in America.

The Mojito
By Heather McPherson

“McPherson takes on the many sides of this tasty cocktail, as she doles out tips and ideas about what you can do at home with some rum and other easy-to-find ingredients.”—Tampa Bay Magazine

Florida Soul: From Ray Charles to KC and the Sunshine Band
By John Capouya

“Capouya allows the singers, producers, and musicians to tell their stories in their own words and to reveal the many hours they put into practicing and rehearsing their songs to tighten their harmonies and the challenges they often faced in a racially segregated society.”—No Depression

“Maring strikes out into wholly new territory. . . . Demonstrating repeatedly the hybridity of a poetic corpus that derives much of its meaning from the fusion of oral themes, literate hermeneutics, and ritual performances, Signs that Sing makes a valuable contribution to the study of Old English poetry.”—Speculum 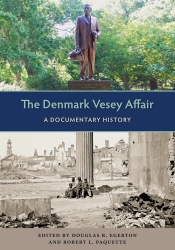 “This is the most comprehensive collection of source materials related to Denmark Vesey ever assembled. . . . An exhaustively researched volume that will prove indispensable to historians of slavery in the United States.”—Slavery and Abolition

The Liberal Consensus Reconsidered: American Politics and Society in the Postwar Era
Edited by Robert Mason and Iwan Morgan 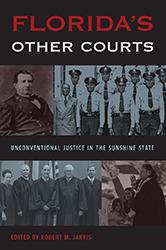 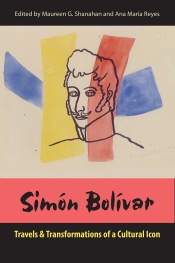 “A valuable contribution to the field of Bolivarian studies. . . . Students and specialists alike will find useful the documentary evidence and analyses these essays provide.”—Revista de Estudios Hispanicos 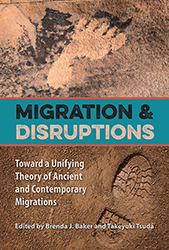 Migration and Disruptions: Toward a Unifying Theory of Ancient and Contemporary Migrations
Edited by Brenda J. Baker and Takeyuki Tsuda

“Given its broad perspective and its traversing of disciplines and eras, Migration and Disruptions is a first step towards a unified theory of migrations and important reading for all who deal with migration.”—Journal of the Royal Anthropological Institute