Take a look at some of the exciting reviews that our books have received in the last couple of months.

Jack Clemons, author of Safely to Earth: The Men and Women Who Brought the Astronauts Home, was interviewed by Air and Space Magazine.

Praise for Safely to Earth:

“An engineer and software manager who worked on both the Apollo and space shuttle flights rehearses some behind-the-scenes activity during the decades he worked with NASA. . . . A narrative rocket powered by experience, intelligence, knowledge, and gratitude.” —Kirkus

Praise for Drawn to the Deep: The Remarkable Underwater Explorations of Wes Skiles by Julie Hauserman:

“Hauserman, who knew her subject personally, more than makes the case that Skiles’s innovation and daring added significantly to the understanding of a variety of aquatic worlds, and to the human impact on them.” —Publishers Weekly

“Hauserman portrays [Skiles] as a likable family man driven by his love of diving, and she recounts many of his fantastic, often-dangerous adventures. In addition to meeting a compelling character, readers learn about the cutting-edge work of cave divers, oceanographers, and environmental scientists against a backdrop of government regulatory inaction.” —Booklist

Von Diaz’s Coconuts and Collards: Recipes and Stories from Puerto Rico to the Deep South continues to garner praise. Diaz was recently profiled in the Atlanta Journal-Constitution. She was also interviewed by the Boston Globe and in Taste of the South.

Jim Ross, spoke with WUFT-FM  about how he selected the essays for his new book In Season: Stories of Discovery, Loss, Home, and Places In Between. 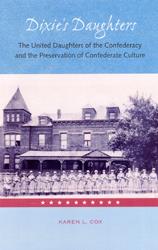 Julie Lesnik, author of Edible Insects and Human Evolution, was interviewed by NPR’s the Salt and the Green Room podcast about incorporating insects in the human diet.

Here are some more recent reviews:

“A vivid picture of the American music industry in the second half of the 20th century. . . . [An] intriguing, complicated and multi-valanced story.” —Florida Weekly

Travels on the St. Johns River
by John Bartram and William Bartram
Edited by Thomas Hallock and Richard Franz

“A visitor today walking the beach of one of these islands reading Travels on the St. Johns River in the morning shadows cast by high-rise condominiums would have a much deeper comprehension of the place, its origins, and its sad fate, which is what the editors of the volume hope for.” —Early American Literature

“The photographs, descriptions, and range maps published here are all but a road map to locating and identifying these fishes. . . . An authoritative, incredibly useful, and much needed compendium of the fishes of Florida, and one that will guide many collecting trips for years to come.” —American Currents

Queering the Redneck Riviera: Sexuality and the Rise of Florida Tourism
by Jerry T. Watkins III

“Watkins’ book shares with us for the first time the many first hand accounts, in great detail, of gay men navigating a gay lifestyle in Florida’s panhandle. . . . Many of the stories in the book are as entertaining as they are educational and informative.” —South Florida Gay News

Simplicity, Equality, and Slavery: An Archaeology of Quakerism in the British Virgin Islands, 1740-1780
by John M. Chenoweth

“Well illustrated with an array of useful maps, site images and historical sketches. . . . A fascinating study that augments the complex narrative of Quakerism in the Caribbean.” —Quaker Studies

Cuban Cultural Heritage: A Rebel Past for a Revolutionary Nation
by Pablo Alonso González

“Fills a void by examining the politics of heritage from a geographic and postcolonial perspective, skillfully weaving materiality, ideology, and history together in a critique of nationalism during the republican and revolutionary periods. . . . Conceptually cohesive and rich in detail.” —Choice

Freedom and Resistance: A Social History of Black Loyalists in the Bahamas
by Christopher Curry

“Demonstrates that black loyalists helped to shape Bahamian society, and successfully represents these struggles as a crucial part of the wider efforts of peoples around the world to claim their social, political, economic, and legal rights during the Age of Revolution.” —Slavery and Abolition

The Paradox of Paternalism: Women and the Politics of Authoritarianism in the Dominican Republic
by Elizabeth S. Manley

“Fills in the yawning lacunae concerning women’s roles during the reigns of the two infamous Dominican caudillos of the twentieth century. . . . This assiduously researched monograph deserves an audience beyond specialists in the Dominican Republic, to reach anyone interested in women and dictatorship.” —American Historical Review

“A welcome addition to the published canon of La Florida primary sources. . . . This book succeeds resoundingly in its goal to offer this new manuscript copy of Solís de Merás to historians of Florida and the wider United States.” —H-Florida

Darwin’s Man in Brazil: The Evolving Science of Fritz Müller
by David A. West

“Drawing on Alfred Möller’s monumental work, Fritz Müller: Werke, Briefe und Leben, published between 1915 and 1920, West’s book opens up this rich source of material for non-German speakers, but it also reveals much that is new. . . . West details all the different areas of Müller’s research and important discoveries with admirable thoroughness.”—Luso-Brazilian Review

“These are some of the best bioarchaeological case studies from the standpoint of not shirking either the ‘bio’ or the ‘archaeology.’. . . The chapters in this volume are excellent examples of the value of bioarchaeological data in the broadest sense to issues of social complexity in prehistoric societies.” —Journal of Eastern Mediterranean Archaeology and Heritage Studies