“In his 30 years patrolling the Everglades, former wildlife officer Tom Shirley saw his share of panthers and poachers. But it’s his tales of tangling with alligators that really gets your skin crawling. . . . When it comes to the Everglades, few people share Shirley’s knowledge and perspective.”—Tampa Bay Times

“Very well written and supremely engaging, yet informative at the same time. . . . If you are looking for a truly outstanding game warden memoir . . . you will not be disappointed in this one.”—International Game Warden Magazine

“Shirley describes the wetlands and the residents’ activities with a crystal-clear memory, gently inviting his readers to enter that forgotten and mysterious world.”—Florida Book Review 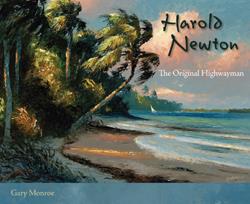 “An excellent, beautifully illustrated introduction to a dynamic painter that sparks the viewer’s interest in Newton and his fellow highwaymen, all of whom created against the backdrop of Jim Crow.”—Publishers Weekly

“Heralded as the finest artist of the group, Newton was admired by peers, customers, and mentors alike. His story is pieced together . . . by Newton’s loved ones and friends, then woven together by Monroe within the larger tale of the emergent outsider art collective.”—Austin Chronicle

“Open[s] a window to a Florida that has vanished so quickly that most of the state’s contemporary residents are not only unaware of these important artists, but they also possess only a sketchy idea of the unique natural environment of yesterday’s Florida.”—Florida Historical Quarterly

Meet some of the Highwaymen with Gary Monroe here. 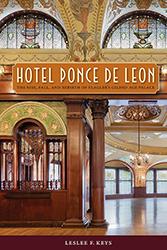 “Keys . . . has written the complete history of the hotel: its social history, its architecture and its historic preservation, often with beautiful archive photos.”—St. Augustine Record

“Presents new information about the creation and construction of the Hotel Ponce de Leon, its eighty years as a luxury resort hotel, and its transformation into the centerpiece of Flagler College. Keys does an excellent job of capturing the historical, cultural, and even political themes that were part of the hotel’s development and its adaptation for use as a four-year college.”—William T. Abare Jr., president, Flagler College

“Keys’s monumental work documenting the creation and evolution of ‘The Ponce’ and its role in the Florida tourist industry and as the home of Flagler College is impressive. This is an important addition to those interested in heritage tourism and historic preservation and their impact on this nation.”—Ted Ligibel, co-author of Historic Preservation: An Introduction to Its History, Principles, and Practice

The History of Florida

Praise for the previous edition:

“Florida is as much a state of mind as it is a slice of land between the Atlantic Ocean and the Gulf of Mexico. … Florida could become a place of civic texture if we understand its past. Professor Gannon’s book is a good place to begin.”—St. Petersburg Times

“Incorporates much of the new scholarship that has appeared over the last twenty or so years, much of the best of it exploring the lives of African-Americans, Indians, and Florida’s common white folk. … For those interested in seeking out the multifaceted aspects of their native or adopted state, this is the place to start.”—Tampa Tribune 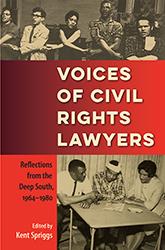 Voices of Civil Rights Lawyers: Reflections from the Deep South, 1964–1980

“Fascinating. . . . The kind of book you can open anywhere, maybe thumb back or forth a few pages, and settle into a good story.”—USA Today

“An important reminder of the critical role attorneys played in the civil rights movement.”—Post and Courier

“We owe much to the pioneering work of this generation of civil rights lawyers who translated their moral and political beliefs into representation of those most in need of legal services. . . . Kent Spriggs has given voice to those who helped secure some semblance of equal justice in that critical historical period.”—Civil Rights Litigation Handbook

These Truly Are the Brave: An Anthology of African American Writings on War and Citizenship

Edited by A Yęmisi Jimoh and Françoise N. Hamlin

“These primary source documents—poems, pamphlets, oral histories—speak to the black experience of war and citizenship.”—Library Journal

“[An] impressive array of readings. . . . This is a volume for anyone seeking to understand the wide diversity of responses to war and citizenship in African American literary history.”—Choice

“This anthology is the first of its kind, assembling an impressive array of African American voices on war and citizenship from the colonial period to the present. . . . No other anthology provides such a comprehensive insight into the crucial nexus between war, race, and nation in black history and literature.”—American Literary History

“Provides a ready and accessible means to access the frustrations of African Americans trying to reconcile war, American values, and their own place within a racial hierarchy. The expanse of the anthology’s selections attests to the pervasive nature of the issue in African American thought.”—H-Net

Serials to Graphic Novels: The Evolution of the Victorian Illustrated Book

“Generously illustrated and highly informative. . . . The virtue of Golden’s book is its wide scope, from eighteenth-century artists such as William Hogarth to recent developments in the graphic novel.”—Dickens Quarterly

“A significant contribution to the scholarly literature on a phenomenon of exceptional interest in a transformative era in art and society.”—Nineteenth-Century Contexts

We're kicking off #WomensHistoryMonth with THEY DARED TO DREAM, an extensive portrayal of the lives and achievements of women throughout landmark moments in Florida history. You can find the book at upress.ufl.edu. Use code WHM21 for a discount price and free shipping through March 31.
Loading Comments...
Comment
×
%d bloggers like this: