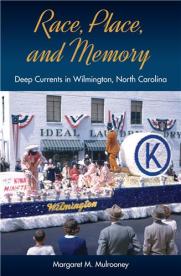 As a historian, I’m amazed by the correlations between today’s political climate and that of a century ago.

This year marks the 120th anniversary of the Wilmington, North Carolina, massacre and coup of November 10, 1898. That day’s history, intentionally misrepresented by generations of white Americans as a “race riot,” has been reclaimed in recent decades, and there is much to be learned from the processes of forgetting and remembering it.

Mark Twain liked to say, “History doesn’t repeat itself. But it does rhyme.”

The newspapers initially got it right: “Vengeance of White Citizens,” screamed the New York Times on November 11, 1898. Armed whites had indeed attacked a black neighborhood, but not in retaliation. While some of the violence was random and spontaneous like a riot, most of it was carefully orchestrated by a group of nine prominent white businessmen and their local cronies. In fact, the “Secret Nine” set plans for the “riot” in motion nearly six months earlier. Why? Wilmington had a biracial, Fusionist-led Board of Aldermen whose reformist policies threatened their private economic interests and power. Taking advantage of the white supremacist rhetoric spewing from state Democratic Party leaders during the 1898 campaign, the Secret Nine used the hostile political climate to effect what they called the Wilmington Revolution, the only documented coup d’état in the United States. And they got away with it, despite a federal investigation.

To justify the municipal takeover, the Secret Nine staged a defense of the city to prove the Fusionists’ inability to maintain order. Organized violence was key to the plan. Many local whites, inflamed by months of fake news reports of blacks buying guns and hoarding kerosene, believed an armed black uprising was in the making. So when white paramilitaries patrolled the streets, fired a mounted repeating-rifle into a black neighborhood, and incited white civilians to “protect” themselves, few questioned their story. But a closer look at historic evidence reveals the charade. The local militia paraded oh-so-slowly to the scene of the so-called uprising, even stopping twice to accept “blessings” from some white ladies; the white-instigated bloodshed occurred within a few blocks, instead of citywide; and the entire “riot” was over in less than four hours. “We have taken a city,” declared a white minister on Sunday, November 13. “But it is more because it is our own city that we have taken.” On November 26th, however, Collier’s magazine portrayed the violence as an act of white self-defense.

Such deception was part of a much broader pattern reaching back to the 18th century and continuing into our own time. For example, when enslaved men inspired by Wilmington Stamp Act rebellion of 1765 tried to escape, white elites captured them and placed their decapitated heads on poles as a warning for other “conspirators.” When a black woman en route to a WWII celebration in 1943 challenged orders to vacate her bus seat, white police officers “beat her” in front of the whole bus for “resisting arrest” by “fighting and kicking.” And when black teenagers demonstrated in 1970–1971 to protest the vicious backlash against federal school desegregation mandates, city leaders framed a group of young, black “radicals” (the Wilmington Ten) instead of the white supremacists responsible for the unrest.

Wilmington offers important insights for today. In countless similar events from the past, we can see a pattern in the way white elites and their supporters use organized racist violence—and intentionally distorted collective memories of that violence—to maintain power. Like residents of Tulsa, Memphis, and Birmingham, a biracial coalition of Wilmingtonians united in the 1990s to “tell the story, heal the wound, and honor the memory” of 1898, and this weekend they will mark the 20th anniversary of the centennial observance. In hindsight, the 1998 commemoration unintentionally reinforced the status quo by conciliating white civic leaders, including descendants of the Secret Nine. But in exposing the pattern, they signaled the will to change it. And their remarkable work of racial reconciliation continues.

Recent battles over Confederate memorials remind me that efforts to misrepresent the past in defense of traditional hierarchies persist. I am heartened, however, by the increasing number of authentic public history projects like #MuseumsRespondtoFerguson, Universities Studying Slavery, and the Equal Justice Initiative’s new memorial to the nation’s lynching victims. Evidence of the actual past survives in archives, public records offices, digital databases, and boxes stored in attics, storage rooms, and church basements. As the example of Wilmington teaches, history can be ignored, forgotten, suppressed, or whitewashed, but it can never be erased.