Congratulations to Raymond Arsenault and Randy Wayne White, winners of the Florida Humanities Council 2019 Lifetime Achievement Award for Writing! The award, given annually, honors a Florida author for a distinguished body of work that has had a major influence on Floridians. Past winners include Carl Hiaasen, Patrick Smith, David Kirby, Michael Gannon, Gary Mormino, and Jeff Klinkenberg. This is the first time in the award’s 10-year history that two winners have been named. Arsenault and White were chosen by a panel of five judges from a pool of 24 nominees.

Historian Raymond Arsenault is the author of St. Petersburg and the Florida Dream, 1888-1950, a history of St. Petersburg and the lower Pinellas Peninsula. He is coeditor of The Changing South of Gene Patterson: Journalism and Civil Rights, 1960-1968, which documents the work of one of America’s most influential journalists who wrote in a time and place of dramatic social and political upheaval. Coedited with Jack E. Davis, Paradise Lost?: The Environmental History of Florida features a collection of essays surveying the environmental history of the Sunshine State, from Spanish exploration to the present, and provides a detailed overview of the reciprocal relationship between humans and Florida’s unique peninsular ecology.

Arsenault is also series editor, with Gary R. Mormino, of the Florida History and Culture Series, which celebrates Florida’s distinctive heritage and character through books on Florida’s history, environment, politics, literature, and popular culture. He is the John Hope Franklin Professor of Southern History and director of the University Honors College at the University of South Florida, St. Petersburg. 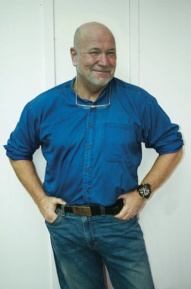 Randy Wayne White is coeditor of Randy Wayne White’s Ultimate Tarpon Book: The Birth of Big Game Fishing, which chronicles how the tarpon changed the face of sports fishing and helped make Southwest Florida a mecca for anglers from all parts of the world. White spent thirteen years as a professional tarpon guide and tournament fished for fifteen years.