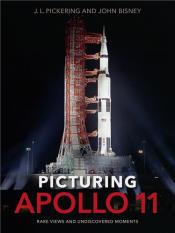 Picturing Apollo 11: Rare Views and Undiscovered Moments authors J.L. Pickering and John Bisney were recently interviewed on Blue Dot: NPR. The book was also included on Space.com‘s list of the best new books about the US Moon Landings.

“Whenever we think of Apollo 11, we think of people; not just Armstrong, Collins and Aldrin, but the 400,000 who put the mission together, the million-strong crowd who filled the beaches and roads of Cape Kennedy, and the audience of half a billion who tuned in on radio or TV. . . . Picturing Apollo 11 honours the people who strove against all odds to land a man on the Moon.”—Sky at Night Magazine

“An amazing collection of images that captures every aspect of the mission.”—Quest: The History of Human Spaceflight

“The perfect launch vehicle for younger generations to vicariously experience the nation’s nervous anticipation prior to Apollo 11’s blastoff, through to the final euphoric roar at seeing Neil Armstrong and Buzz Aldrin kick up moon dust.”—Foreword Reviews

“What this book accomplishes is something unique. . . . These images go far beyond Armstrong and Aldrin’s lunar landing to show the tense, thrilling and even mundane moments along the way in the Apollo program.”—Space 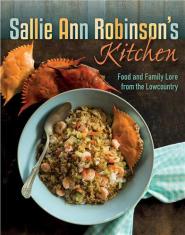 Our forthcoming book Sallie Ann Robinson’s Kitchen: Food and Family Lore from the Lowcountry was reviewed by Publishers Weekly.

“The latest excellent entry from Robinson . . . is a more personal take on her childhood on Daufuskie Island in South Carolina. . . . This delightful cookbook also serves as an excellent regional culinary history.”—Publishers Weekly 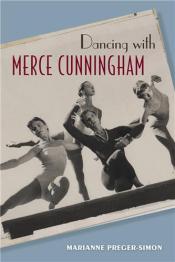 “What Dancing with Merce Cunningham gives us is the generous and loving presence of its author, who understood the value of the work she was doing and the people who did it with her.”—Art Fuse

“Fun, easy to read, beautifully written, and very informative. With humor, passion, insight, and clarity [Preger-Simon] shares many facets of Cunningham—his work, teaching, and influence on several generations of artists.”—Journal of Dance Education

Broadway, Balanchine, and Beyond: A Memoir

by Bettijane Sills with Elizabeth McPherson

“The story of a girl growing up, who finds her independence without losing her ideal.”—Art Fuse

Drying Up: The Fresh Water Crisis in Florida

“Dunn’s perspective on the fresh water issues facing Florida offers context and insights on the crisis as well as possible solutions, including many at an individual level.”—Choice

Dancing in Blackness: A Memoir

“Expands the memoir genre, makes a strong argument for the importance of the West Coast in the development of mid-twentieth-century dance, and greatly expands our understanding of dance’s role in the Black Arts Movement. A tremendous resource for the field of dance studies’ big names.”—Dance Research Journal

Zombies: An Anthropological Investigation of the Living Dead

“This is an epic story, and Charlier is a thorough adventurer.”—American Book Review 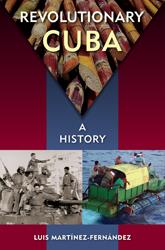 “A coherent, engaging, and fair-minded survey of the post-1959 period that successfully uses cultural approaches to provide a more comprehensive picture of life on the island during the Castro years, while firmly embedding the revolutionary experience within the broader narratives of Cuban history. It is well positioned to become one of the standard texts for introductory courses on Cuban revolutionary history.”—Latin American Research Review 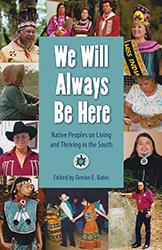 We Will Always Be Here: Native Peoples on Living and Thriving in the South

“Essential. . . . These are stories of persistence in the face of incredible opposition and difficulty, of personal strength and community resilience despite racism and poverty, stories demonstrating how Native people have always relied on one another—what we called ‘making do’—regardless of their tribal status.”—Native American and Indigenous Studies

“A monumental achievement. . . . Essential reading for understanding not just race and slavery but also the entirety of the nineteenth-century Atlantic world.”—Journal of the Early Republic