Bay of Pigs: An Oral History of Brigade 2506

“Makes a valuable contribution by righting a wrong from the perspective of the men and women whose lives the invasion forever changed. . . . Triay’s book . . . captures the views and experiences of an entire generation.”—Miami Herald

“Triay . . . has collected interviews with invasion survivors and their families to present a first-hand account of the events that shaped the idealism and sense of betrayal at the root of Cuban-American politics.”—Miami Today

“For those who may have forgotten what happened, it is a book that should be read.”—Tampa Tribune-Times

“Triay candidly portrays the heroic sacrifice of the Cuban Brigade using a combination of oral history and traditional narrative.”—Southern Historian

“Superb. . . . Triay as well as the brigadistas should be congratulated for providing us with a most moving and interesting first-hand account of the Bay of Pigs invasion.”—Florida Historical Quarterly

A History of the Kennedy Space Center

“Writing fine, vivid prose, Lipartito and Butler . . . [focus] on the dedicated men and women behind the scenes who worked on the engineering required to lift a rocket out of Earth’s gravity and made the American space program a success.”—Publishers Weekly

“A comprehensive treatment of the history of the Kennedy Space Center (KSC) and the U.S. space program.”—Choice

“Excellent. . . . Even someone with no knowledge of the history of spaceflight would find it engaging and informative.”—Technology and Culture

“Lipartito and Butler conducted many interviews at KSC, other NASA centers, and NASA headquarters in Washington, DC, to flesh out their research. . . . They bring alive and personalize the trials and frustrations, and the joy and excitement, of the launch operations crew at the center.”—Physics Today

“A necessary starting point for any further historical research that involves KSC. . . . It will be the definitive work on KSC for years to come.”—Isis: A Journal of the History of Science Society

“A well-written, comprehensive history of one of the key historical sites of the second half of the twentieth century.”—Southern Historian

“Come to My Sunland”: Letters of Julia Daniels Moseley from the Florida Frontier, 1882-1886

“A richly detailed and deeply affectionate record of life in a quiet corner of a time and place since vanished.”—Preservation

“Reveals the struggles of a cultured, urban woman adjusting to the isolation of pioneer life, but there’s a joie de vivre that surges through Come to My Sunland.”—St. Petersburg Times

“If you’ve ever wondered what Florida was like before the turn of last century, be curious no longer.”—Naples Daily News

“A treasure for the professional scholar and all with interests in Florida history and gender studies.”—Journal of Southern History 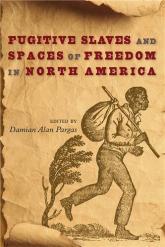 Fugitive Slaves and Spaces of Freedom in North America

“An original and complex rendering of the phenomenon of slave flight. . . . Makes an important contribution to the expanding conversation on American slavery.”—Journal of American History

“The well-researched and wide-ranging essays complicate our understanding of how, when, and where fugitive slaves throughout North America risked life and limb in search of freedom.”—H-Net

“A new primer for scholars searching to complicate the consistently dominant narrative of the Underground Railroad as a singular and secure pathway to racial liberation.”—Journal of Southern History

“Reveals compelling accounts of how freedom changed over time and space. . . . Encourages us to reconsider what advertisements reveal about the past. . . . Offer[s] the next generation of scholars a strong foundation upon which to stand.”—Historian

“Sophisticates our understanding of the geography of freedom in the eighteenth and nineteenth centuries. . . . A great contribution to the field, as it not only gathers the different directions that slaves took but also brings to light new ones.”—Civil War History

“A stimulating collection. . . . The essays in this volume range from reevaluations of the historical literature about runaways to presentations of exciting new research.”—North Carolina Historical Review

by Christopher B. Strain

“A well-researched survey of the church fires of the 1990s.”––Choice

“The story of this chapter in American cultural history is complex and has been vastly understudied. . . . Strain makes a significant contribution . . . Those interested in the construction of racial meanings and the nature of national conversations about race in our society should study this case.”—Politics and Religion

“Even though racial prejudice was only one of several factors in church arsons during this era, Strain demonstrates how the image of a burned black church resonated with both black and white Americans.”—Journal of African American History

“Strain documents the dizzying number of black church burnings credited to arson throughout the South, and, additionally, he notes church burnings in the north in primarily white attended churches. . . . Meticulously researched.”—Louisiana History

“Offers a fresh perspective on a founding-era politician and president frequently overshadowed by his friends and rivals. . . . Poston’s well-written and thoughtful overview of Monroe’s muscular efforts to promote republicanism . . . elevates the achievements of this underappreciated founding figure.”­—Journal of American History

“[Poston] writes with clarity and insight. . . . [He] shows how Monroe grew from a political neophyte to become a philosophical giant who, as president, widened his arc of influence to lead the hemisphere toward freedom and democracy.”—Presidential Studies Quarterly

“An engaging analysis of Monroe’s values and ambitions.”—Virginia Magazine of History and Biography

“Rich and comprehensive. . . . A central strength of the volume is its chronological scope, which incorporates studies of slavery, Reconstruction, and the Gilded Age that have been neglected by previous essay collections.”—Journal of American History

“Use[s] innovative methodologies and fresh perspectives to make a strong case that the struggles of southern workers are central to understanding the history of the region and the nation, as well as the futures of both.”—Journal of Southern History

“Offers chronological breadth, portrays the complex and dynamic history of southern workers across race and ethnicity, and raises important questions about the state of southern labor history.”—Labor: Studies in Working-Class History of the Americas

“Although the collection is ambitious in its scope, spanning the 1790s to the 2010s, the essays are concise and easily digestible. . . . Illustrates that labor arrangements are as important now as they have been since abolition.”—North Carolina Historical Review

“A superb collection of essays devoted to the struggles of southern workers.”—Louisiana History

“The texts stitch past and present in a tapestry that in its warp and weft maps out the vastness of continental cultures.”—Ileana Rodríguez, author of Liberalism at Its Limits: Crime and Terror in the Latin American Cultural Text

“A first-rate, unique gathering of key texts and images from throughout Spanish America, ranging from pre-Hispanic myths and stories through some astounding Colonial personalities and speculations and to developments and fresh evaluations from our twenty-first century.”—Gene H. Bell-Villada, coeditor of Writing Out of Limbo: International Childhoods, Global Nomads and Third Culture Kids

“This book is a revelation! . . . Documents and recounts in rich detail the large, diverse range of Native peoples who migrated from the North American mainland (Florida and the US Southwest when under Spanish rule) and especially from Mesoamerica (Mexico and Central America) to the Caribbean. . . . Highly recommended.”—Choice

“An invaluable addition to a growing body of research on Indian agency, the Spanish empire, and the diversity of Cuban culture and history.”—The Americas

“Invites us to rethink how colonialism forced some Amerindians far from their ancestral homelands but nonetheless situated them as important actors in Cuban history. . . . Provides a rich historical account of Cuban Indigenous diasporas that powerfully depicts the scope and complexity of transnational Indigenous social relations in the Americas.”—NAIS

“Yaremko’s work deftly shows how indigenous migrations to Cuba were intertwined with, or were the result of, some of the most important turning points in Caribbean and US history.”—Bulletin of Latin American Research

“Positions the Caribbean more centrally in the Western Hemisphere’s often-deplorable tradition of relocated populations and nudges us out of the old black-white Cuba story.”—Hispanic American Historical Review

“An original and thought-provoking exploration of a mostly little-known dimension of Cuban history.”—Cuban Studies

“Extends Cuba’s indigenous history beyond the early colonial period. . . . Bring[s] to light hidden histories that will hopefully inspire and motivate greater collaboration among historians, archaeologists, and ethnographers to uncover the past, illuminate the present, and empower peoples who have lived an invisible presence in the building of a nation.”—New West Indian Guide 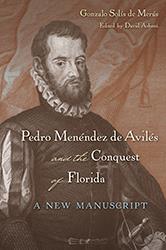 Pedro Menéndez de Avilés and the Conquest of Florida: A New Manuscript

“Until now, historians have had to rely on a single incomplete, flawed version of this work. . . . This new edition is most welcome. It will be the authoritative version of this work, not only revealing previously unappreciated historical details, but also helping us understand the man and his historical context.”—The Americas

“Arbesú’s important new bilingual volume is the product of his 2012 discovery of a second early manuscript copy of the Solís de Merás narrative. . . . This new edition . . . unquestionably belongs on the bookshelf of any serious scholar of sixteenth-century Spanish Florida and should take its place as the definitive edition of this important early narrative.”—Hispanic American Historical Review

“A welcome contribution to sixteenth-century scholarship. . . . Offers an important perspective on a contested historical space.”—Journal of Southern History

“This book succeeds resoundingly in its goal to offer this new manuscript copy of Solís de Merás to historians of Florida and the wider United States.”—H-Net

“A valuable addition for public libraries in Florida and all college and university libraries.”—Choice 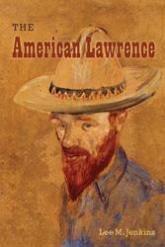 “Elegantly and beautifully rendered, with much to engage the reader. . . . An important and timely contribution to debates about Lawrence and spirit of place, and the locations(s) of modernism.”—Review of English Studies

“Intelligent, well-focused criticism [that] manages to remain both historicist and revisionist in its ambition and organization.”—English Literature in Transition, 1880–1920

“A much-needed historicization of Lawrence within American studies.”—Journal of D. H. Lawrence Studies

“Distinguishes itself through its concision, its keen attention to trends of cultural theory emerging simultaneously to Lawrence’s writing in America, and its effective situation of Lawrence’s American writing vis-à-vis critical theories in American studies today.”—D. H. Lawrence Review

“This study sees Lawrence as a non-American who nevertheless wrote American literature, especially during the 1920s period when he lived in and wrote about New Mexico.”—American Literature

“An arresting book. . . . Provides a holistic appraisal of [Lawrence’s] American writing . . . Essential reading for anyone with a serious interest in Lawrence, Anglo-American literary history, and the transnational.”—Irish Journal of American Studies 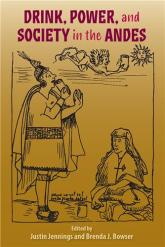 Drink, Power, and Society in the Andes

“Illustrate[s] the complex roles maize beer and other varieties of chicha have played in maintaining social stability and precipitating social change in the Andes. . . . Greatly adds to our knowledge by using new tools of analysis to place drinking patterns within their own cultural and historical contexts.”—Social History of Alcohol and Drugs

“Rooted in archaeological, historical, and ethnographic data presented by scholars with first-hand knowledge of the implications, nuances, and limits of the evidence. . . . The articles neatly intersect to form a coherent and collective examination of the drink in past and present Andean societies.”—Reviews in Anthropology

“A comprehensive assessment of the current state of research and the range of views on continuity vs. change in this long-standing Andean tradition.”—Journal of Anthropological Research