The African American Intellectual History Society’s Annual Conference will be held virtually this March. You can shop our books on the histories and cultures of the African diaspora here. We are offering extra deep discount prices and free shipping on all orders with code AAIH21 through June 30, 2021. Need to know what’s new this year? View highlights below. 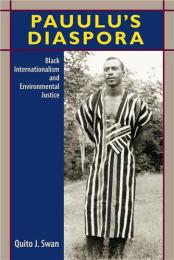 Congratulations to Quito J. Swan, author of Pauulu’s Diaspora: Black Internationalism and Environmental Justice, who has been awarded the 2021 Pauli Murray Book Prize by the AAIHS.

This book is a sweeping story of black internationalism across the Atlantic, Indian, and Pacific Ocean worlds, told through the life and work of twentieth-century environmental activist Pauulu Kamarakafego. Quito Swan shows how Kamarakafego helped connect liberation efforts of the African diaspora throughout the Global South. 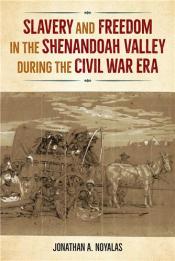 Slavery and Freedom in the Shenandoah Valley during the Civil War Era
Jonathan A. Noyalas
Available in April 2021

This book examines the complexities of life for African Americans in Virginia’s Shenandoah Valley from the antebellum period through Reconstruction, showing how enslaved and free African Americans resisted slavery and supported the Union war effort in a borderland that changed hands frequently during the Civil War.

This book details how African American women used lessons in basic literacy to crack the foundation of white supremacy and sow seeds for collective action during the civil rights movement.

In the first book to focus on the activism of Black women during Cuba’s prerevolutionary period, Takkara Brunson discusses how these women battled exclusion on multiple fronts but played an important role in forging a modern democracy.

This volume is the first systematic study of coartación, a process by which slaves worked toward purchasing their freedom in installments. Focusing on Cuba, this book reveals that instead of providing a “path to manumission,” the process was often rife with obstacles that blocked slaves from achieving liberty.

Countering assumptions that the West African colony of Liberia was an endpoint in the journeys of the free people of color who traveled there, Robert Murray reveals that many Liberian settlers returned repeatedly to the United States, and he explores the ways this movement shaped the construction of race in the Atlantic world.

Listen to an interview with Robert Murray on the History of the Atlantic World podcast.

Robert Murray’s article about Liberian settler Samuel McGill, published in the Journal of the Early Republic, is the winner of the Ralph Gray Article Prize awarded by the Society for Historians of the Early American Republic (SHEAR). Read more about Samuel McGill, the first Black graduate of a U.S. medical school, in Dartmouth Medicine Magazine.

Use code AAIH21 for discount prices and free shipping through June 30, 2021.