Our 2022 Virtual Booth for the International Congress on Medieval Studies

This year’s International Congress on Medieval Studies is taking place virtually. Our virtual booth is open through May 28, 2022. On our website, use code ICMS22 for discount prices and free shipping within the U.S. 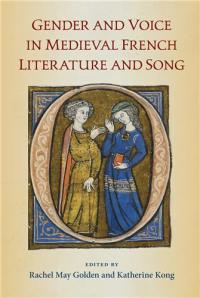 An Introduction to the Sagas of Icelanders
Carl Phelpstead

“An excellent introduction to all aspects of reading the sagas, combining practical guidance to approaching the texts with clear delineation of the genre and comprehensive analysis of the critical literature.”—Alison Finlay, co-translator of The Saga of the Jómsvikings: A Translation with Full Introduction 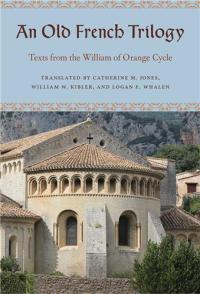 “A new translation into modern English of an important and influential set of Old French epic poems. Humorous and human, complete with love interest and combat, trickery and travel, these stories follow the fictional history of Charlemagne’s family in what is now Western Europe.”—Leslie Zarker Morgan, coeditor of Approaches to Teaching the “Song of Roland” 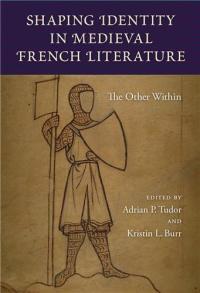 Shaping Identity in Medieval French Literature
The Other Within
Edited by Adrian P. Tudor and Kristin L. Bur

“Maps out new territory that offers an in-depth investigation of a crucial aspect of medieval literature. The notion of ‘the other within’ promises (and delivers) insight into what differentiates as well as brings together past and present concerns.”—Matilda Tomaryn Bruckner, author of Chrétien Continued: A Study of the “Conte du Graal” and Its Verse Continuations 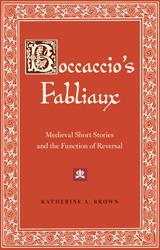 Boccaccio’s Fabliaux
Medieval Short Stories and the Function of Reversal
Katherine A. Brown

“Convincingly show[s] the revolutionary nature of the fabliau, a genre that burst onto the literary stage in the twelfth century to lead Western European readers from their long-standing bondage to moralizing, prescriptive texts to the freedom of scatological romps and subjective judgments, and from the tyranny of a deadening literalism to the liberty of ambiguity and polysemy.”—Renaissance Quarterly

“Indicates possible new sources both for some of Boccaccio’s stories and for his frame narrative.”—Modern Language Review

“An insightful exploration of the female gaze in the context of thirteenth-century texts. . . . The book is a welcome addition to medieval German studies as well as to the larger field of medieval studies.”—Journal of English and Germanic Philology

“Uncovers views and points of view surrounding the female gaze that reveal misogynistic standards of behavior, both within the selected didactic and courtly texts and with respect to the recipients, be they listeners or readers.”—Choice

“Offers a good representation of recent criticism that seeks to uncover feminine voices in masculine discourse. . . . A fine collection for anyone attempting to become conversant with the contributions recent feminist criticism has made to medieval studies.”—Medieval Review

“The essays effectively underline the variety and range of heroines in this literature, which has been characterized . . . as monolithically misogynous. . . . It is refreshing to see that long-held and, in some cases, canonical views are being challenged, revised, and updated.”—Speculum: A Journal of Medieval Studies 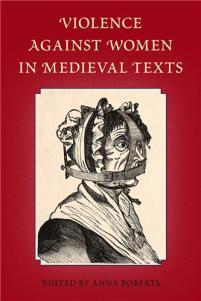 Violence Against Women in Medieval Texts
Edited by Anna Roberts

“[An] important and powerful contribution to the understanding of medieval texts and the place of women in medieval society.”—Medieval Review

“The contributions are valuable in . . . their teasing out of the nuances of violence in medieval writing, in particular sexual violence.”—Medium Aevum

Use code ICMS22 for discount prices and free shipping through June 30, 2020.