There’s been a lot of buzz about UPF books in the last couple of months! As the leaves start changing (in places other than Florida), join us in starting off the fall season with highlights from some of our favorite reviews from August and September.

Gail Saunders presented a copy of her book, Race and Class in the Colonial Bahamas, 1880-1960, to Perry Christie, Prime Minister of the Bahamas, in Nassau. 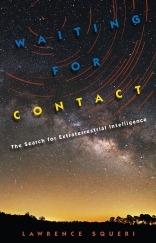 “In his engaging chronicle. . . . Squeri argues, SETI amounted to more than just a scientific enterprise; it was a kind of ‘offbeat political movement,’ a utopian ideology and perhaps surrogate religion—with aliens serving as our more enlightened counterparts.”—New York Times

“Chronicles the history of SETI: the people behind it, the search for signals from deep space, and the hopes for bettering Earth through alien contact.”—Publishers Weekly 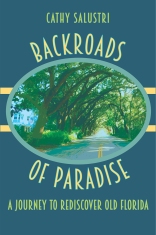 Backroads of Paradise: A Journey to Rediscover Old Florida

“There are a lot of Florida tourism books that direct readers from one tourist trap to the next, but underneath the Sunshine State’s shiny façade reside rich history and diverse culture. This is where Salustri . . . comes in . . . . direct[ing] Florida tourists away from busy theme parks and interstate highways by revisiting the path cut by the 1939 Federal Writers Project (FWP) book, Florida: A Guide to the Southernmost State, and taking readers along for the ride.”—Booklist

“Both a love letter to Floridas long forgotten and a clear-eyed analysis of the Floridas we are living in today . . . . Funny, salty . . . , informative and poignant.”—Creative Loafing Tampa 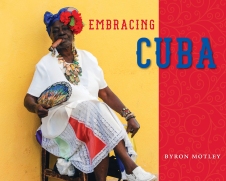 “The arresting pages of this beautiful book will only increase the anticipation of seeing the Pearl of the Antilles in person.”—Booklist

Music Everywhere: The Rock and Roll Roots of a Southern Town

“Marty Jourard highlights an amazing southern musical blend from this college town and an important piece in the historic musical puzzle of our country.”—Goldmine Magazine

“Anyone who has called Gainesville home for even the briefest glimpse has likely heard the scattered icons that the city contributed to rock’n’roll….Music Everywhere tells the story of how the regional music scene exploded following The Beatles climb to prominence and took eight individuals from dingy bars and frat parties to the Rock and Roll Hall of Fame.”—Our Town Magazine 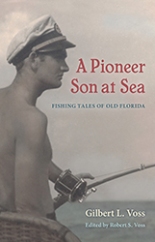 A Pioneer Son at Sea: Fishing Tales of Old Florida

“This unexpected gem . . . sheds a bright, multi-colored light on the fishing industry in southeastern Florida during the 1930s and 1940s . . . . If you want the inside story of a fisherman’s life, this is the place. If you want to understand the passions that drive someone willing to toil for bare subsistence in the chaotic fishing economy, open this book.”—Florida Weekly 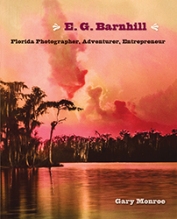 “The art of the story lies with Barnhill and how he made a living off tourists with his picture post cards . . . . allowing them to take home a Florida experience color-stained with memories . . . . Monroe has preserved the process and reality of making these memories, which, in turn, makes his book a treasure indeed.”—Creative Loafing Tampa 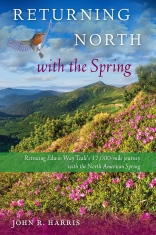 Returning North with the Spring

“[Returning North with the Spring] is in conversation not only with Teale’s work but with nature writers from Henry David Thoreau to Annie Dillard. An appealingly offbeat blend of travelogue, biography, and environmental study, this book makes conservation personal.”—Foreword Reviews 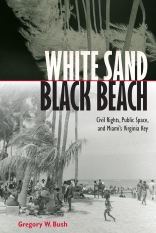 Gregory Bush appeared on WLRN’s “Topical Currents” to talk about his book and the history of Miami’s Virginia Key. Listen to the segment here. 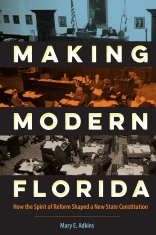 Making Modern Florida: How the Spirit of Reform Shaped a New State Constitution

“Captures the colorful story of the politics and personalities who created the new 1968 Constitution.”—St. Augustine Record 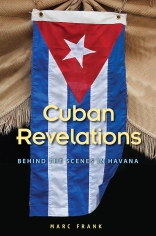 Cuban Revelations: Behind the Scenes in Havana

“Comprehensive and important . . . . Provides vital historical context for the Revolution and explores a wide range of social, political and economic issues, including agricultural reform . . . . A #mustread for anyone interested in Cuba.”—UC Food Observer

Ballroom!: Obsession and Passion inside the World of Competitive Dance

“This memoir by four-time exhibition-style Blackpool champion Savoy . . . offers a backstage pass to a world that is part dance, part sport, and part art.”—Dance Studio Life