Put aside your spring cleaning because these books will sweep you off your feet! Select your next springtime read from this roundup of reviews from the past few months. 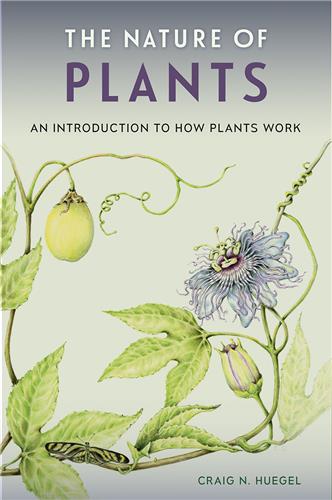 The Nature of Plants: An Introduction to How Plants Work
by Craig N. Huegel

“[A] superbly well-explained primer. . . . This is an outstanding introduction that will serve avid gardeners well, and may also sway those who previously viewed plant life as inert and absent of interest.”—Publishers Weekly

“Pickering and Bisney dive into the archives for Picturing Apollo 11 to find new views of one of the most chronicled voyages of exploration ever. . . . [They] also [include] images of the broader scene, particularly at the Cape, during the time of the mission: people checking out a lunar module model at the KSC visitor center, crowds lined up along the coast to watch the launch, images of long-gone hotels and restaurants that captured the space theme of the era.”—Space Review 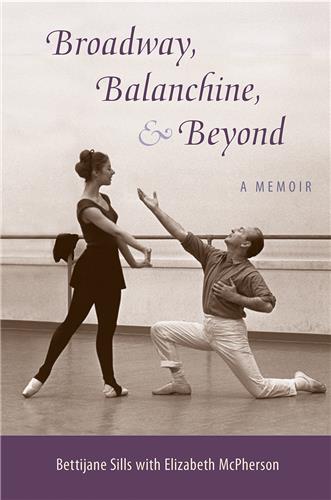 Broadway, Balanchine, and Beyond: A Memoir
by Bettijane Sills with Elizabeth McPherson

“Sills . . . offers an insider’s view of her life as a performer, from child actor to life after retiring at age 30 from the New York City Ballet. . . . [An] intimate look at Balanchine’s dance and leadership style and the ballet world.”—Library Journal

Safely to Earth: The Men and Women Who Brought the Astronauts Home
by Jack Clemons

William Morgan: Evolution of an Architect
by Richard Shieldhouse

“Affords the reader a private look, much in the architect’s own words, into the life of one of Florida’s, and the world’s, most remarkable architects.”—Florida/Caribbean Architect

Dancing in Blackness: A Memoir
by Halifu Osumare

“Osumare draws a picture of a focused young artist shaped by the cultural forces converging on the San Francisco Bay Area in the 1960s, including the Black Power and Black Arts movements. . . . Underpinning all her activities on the stage and in the studio is Osumare’s goal of nourishing, developing and promoting black dance and black cultural traditions.”—Times Literary Supplement 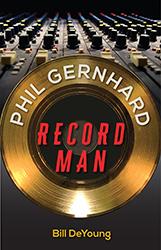 “Phil Gernhard was complicated. That said, his story is a complicated part of what has made pop music, in several forms, stay just a little bit longer.”—Elmore Magazine

“Readers of this book will learn about the political/private process, history, and the design intricacies of the Center but in the end will be swept away by the more compelling aspects of the intriguing historical account of the building of the world-class performing arts complex in Miami. . . . Les Standiford has written an engaging and inspiring tale for all readers.”—American Society of Theater Consultants

“A remarkable study of the five eras of human occupation of the Miami River’s north bank before the 1896 inception of the city of Miami. . . . An excellent book that fills a much-needed void in Florida history.”—Hispanic American Historical Review

Virginia Woolf, the War Without, the War Within: Her Final Diaries and the Diaries She Read
by Barbara Lounsberry

“In her comprehensive, close readings of Woolf’s entire diary, Lounsberry significantly advances scholarship on Woolf’s most sustained literary endeavor. . . . Copiously detailed and driven by unprecedented attention to the complete diary, Lounsberry proves her points via the book’s controlling metaphor, ‘the war without, the war within’.”—The Review of English Studies

“An authoritative, close textual reading of Virginia Woolf’s diary notebooks. . . . What Woolf achieved in these thirty-eight notebook diaries, as Lounsberry shows us, is nothing less than an expansion of the boundaries of the diary form, while at the same time offering a fascinating—and at times, moving—barometer of her mental state across the years.”—Virginia Woolf Bulletin

“This work of in-depth scholarship should become a classic reference for the region.”—Choice

“Moves beyond established subject matter in dance scholarship. . . . A satisfying read that inspired deep reflection on what it means for dance makers and observers to produce and study dance and choreography in the new millennium.”—Journal of Dance Education 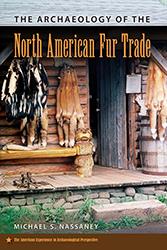 The Archaeology of the North American Fur Trade
by Michael S. Nassaney

“Ambitious in scope and impressive in depth. . . . It serves as a solid introduction to the archaeology of the fur trade, as well as to the archaeological issues associated with colonial interactions regardless of where they have taken place.”—American Indian Quarterly

“This volume will prove a boon to future studies of the Vesey scare and the scholars doing those studies will greatly appreciate the richness and convenience offered by this impressive volume.”—Reviews in American History

Negotiating Respect: Pentecostalism, Masculinity, and the Politics of Spiritual Authority in the Dominican Republic
by Brendan Jamal Thornton

“A much-needed ethnography that reorientates [sic] cultural understandings of Christianity and Dominican culture in poor, marginalized, and discriminated communities.”—Journal of the Royal Anthropological Institute

“Provides an excellent diagnosis of what ails Haiti. . . . The contributions in this book are essential to an understanding of the crisis of development in Haiti and the Global South.”—Journal of Global South Studies 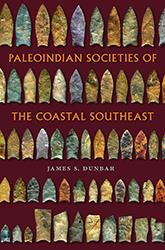 Paleoindian Societies of the Coastal Southeast
by James S. Dunbar

“A masterful review of Paleoindian archaeology of Florida. . . . [And] a landmark synthesis of the remarkable archaeological record of a key region in North America.”—Journal of Anthropological Research