Latin American Culture and the Limits of the Human 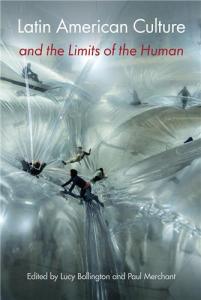 “Interrogates the generative space for thought and creation ‘at the limits of the human’ in Latin America. Grounded in theory and inclusive of studies of a variety of texts, including installations and performance arts, film, and literature, this volume makes a welcome contribution to work in new materialisms, ecocriticism, and Latin American cultural studies.”—Laura Barbas-Rhoden, author of Ecological Imaginations in Latin American Fiction

Latin American Culture and the Limits of the Human explores works from Latin American literary and visual culture that question what it means to be human and examine the ways humans and nonhumans shape one another. In doing so, it provides new perspectives on how the region challenges and adds to global conversations about humanism and the post-human.

Contributors identify posthumanist themes across a range of different materials, including an anecdote about a plague of rabbits in Historia de las Indias by Spanish historian Bartolomé de las Casas, photography depicting desert landscapes at the site of Brazil’s War of Canudos, and digital and installation art portraying victims of state-sponsored and drug violence in Colombia and Mexico. The essays illuminate how these cultural texts broach the limits between life and death, human and animal, technology and the body, and people and the environment. They also show that these works use the category of the human to address issues related to race, gender, inequality, necropolitics, human rights, and the role of the environment.

Latin American Culture and the Limits of the Human demonstrates that by focusing on the boundary between the human and nonhuman, writers, artists, and scholars can open up new dimensions to debates about identity and difference, the local and the global, and colonialism and power.