A Lost Princess Remembered in Senegal

In 1806, at the public market in Rufisque, a coastal fishing village in Senegal, West Africa, a thirteen-year-old girl named Anta Madjiguène Ndiaye was sold as a slave to merchants from nearby Gorée Island. Anta had been seized by warriors from a coastal nation who raided the Kingdom of Jolof in the interior of Senegal and marched their captives to Rufisque. At Gorée Island, Anta was sold again to the captain of a European slave ship and carried across the Atlantic to Havana, Cuba, where she and two other teenage African girls were purchased by Zephaniah Kingsley, Jr., a ship captain and plantation owner from Spanish East Florida.

It is not known whether the warriors, island merchants, or the ship captains knew that Anta Madjiguène was a royal princess from the Kingdom of Jolof, the daughter of King Buri Nyabu and his wife Madjiguène, who were also descended from rulers of the kingdom. Members of her own family and the residents of her home village knew only that Princess Anta had disappeared. More than two centuries would elapse before the residents of Senegal would learn from my book, Anna Madgigine Jai Kingsley: African Princess, Florida Slave, Plantation Slaveowner, that she survived her tragic ordeal, was emancipated by Kingsley, and became his principal wife and the mother of four children—and that she too became a land and slave owner.

In 2015 and again in December 2017, after learning of Anta Madjiguène’s life story, Daouda Niang, the mayor of Rufisque, and Sidi H. Camara, president of the University of the Third Age, Senegal (UNITRA), led delegations of government, university, and business leaders to Jacksonville, Florida, to visit Kingsley Plantation on Fort George Island, now a United States National Park Service property. Between 1815 and 1839, Anta Madjiguène Ndiaye (by then a free black woman known as Anna Madgigine Jai Kingsley) resided in a dwelling known as the Anna Jai house at Kingsley Plantation. That home is still standing and is toured by thousands of visitors each year. Anna moved from that home to the free black Republic of Haiti in 1839 when racial oppression threatened her status as a free black property owner.

Following the death of Zephaniah Kingsley in 1843 and the death of her eldest son, George Kingsley, in 1846, Anna Jai returned to Florida and assumed control of Zephaniah’s estate. She purchased a 22-acre farm on the St. Johns River in today’s Arlington. The farm was located midway between the plantation homes of her daughters, Martha Baxter and Mary Sammis. Today, that property is the core of the Jacksonville University campus.

In 2017, the emotional high point of the delegation’s time in Jacksonville was their visit to Clifton Cemetery in Arlington. The cemetery is behind the home built in the 1850s for Anna’s daughter, Mary Sammis, the wife of plantation and sawmill owner John Sammis. The unmarked graves of Anna Kingsley, her two daughters, a son-in-law, and several grandchildren are in this cemetery.

After the delegates returned to Senegal, Mayor Niang and the City Council organized a grand celebration at the Rufisque City Hall. In March 2018, I was privileged to participate in the event. Mayor Niang’s staff members estimated that 1,000 persons attended the ceremony that honored the symbolic return of Princess Anta Madjiguène Ndiaye to the land of her birth. Following the ceremony, the participants regrouped outside of the city hall to rename and dedicate a national road in Anta’s memory. The street leads from city hall to the sea and passes by the market where, more than two centuries before, Anta was sold as a slave. It is just and fitting that the street once trod by Anta and other confused and frightened captives from Jolof is now identified by street signs that read “La Rue de Anta Madjiguene Ndiaye/Anna Kingsley.” 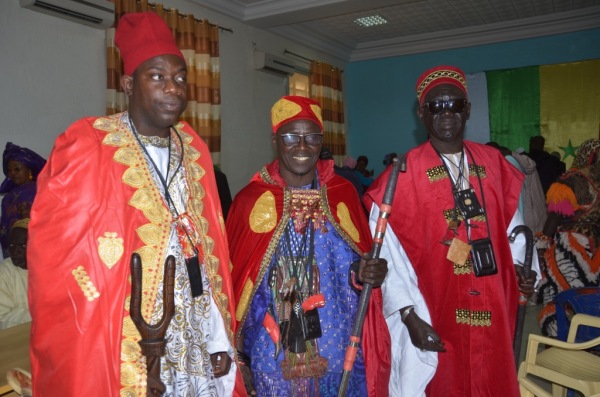 Celebrations for the symbolic return of Princess Anta

The symbolic return of Anta Madjiguene Ndiaye also was celebrated at festivities in the interior of Senegal. Residents, descendants of the royal Ndiaye family, photographers, and journalists gathered to honor Princess Anta at Linguere (Anta’s home village and the capital of the kingdom in 1806), Yang Yang (the last capital of Jolof), and a regional and administrative center, Dahra, a rural town in the heartland of the former Kingdom of Jolof. 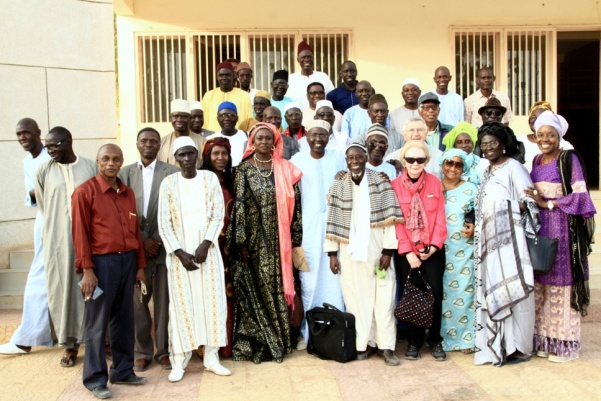 Efforts are now underway in Senegal to find financial support for a film that explores the life of Anna Kingsley. In addition, Sidi Camara met recently with the Honorable Macky Sall, president of the Republic of Senegal, to discuss a possible state visit to Jacksonville in 2019.

Daniel L. Schafer, professor emeritus of history and University Distinguished Professor at the University of North Florida, is the author of Anna Madgigine Jai Kingsley: African Princess, Florida Slave, Plantation Slaveowner, now available in a revised and expanded edition. He is also the author of several other books, including Zephaniah Kingsley Jr. and the Atlantic World: Slave Trader, Plantation Owner, Emancipator and Thunder on the River: The Civil War in Northeast Florida.

5 thoughts on “A Lost Princess Remembered in Senegal”